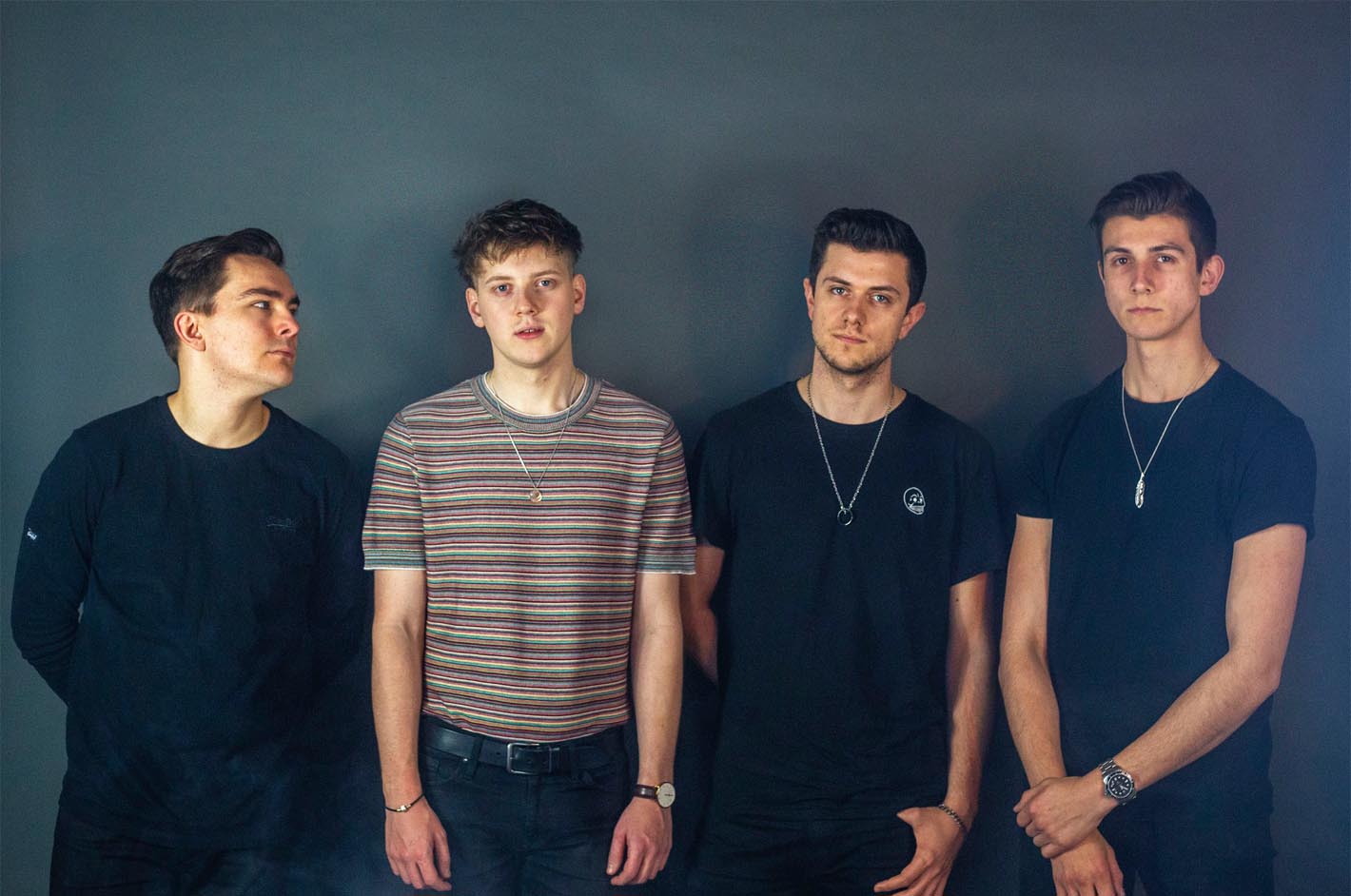 The Covasettes are an indie-rock four-piece, from Manchester, made up of frontman Chris Buxton, lead guitarist Matt Hewlett, bassist Jamie McIntyre and drummer Matt Buckley. They burst onto the scene in late 2017 with the release of their debut single, ‘This Feeling,’ which combines Buxton’s infectious vocals and lyrics with Hewlett’s world-ending riffs and the driving rhythm of McIntyre and Buckley.
In 2018 the boys released three more singles, ‘Wondering Why’, ‘Top Drawer’ and ‘Wild’. Those releases proved that The Covasettes are ones to watch in the future, and helped them achieve a place on Spotify’s ‘Indie List’ and ‘Summer Indie’ playlists, gaining over 200,000 streams in just a couple of months.
In early 2019 the boys played their first headline tour and released their fifth official single ‘Like You’. This time round they have stepped it up a notch with their debut EP ‘It’s Always Sunny Above the Clouds,’ which boasts four upbeat summer anthems.

“Making waves in the West Midlands with their contemporary sound, Outline are an indie-pop four-piece from Birmingham, UK. Stemming from jazzy bedroom beats in their humble DIY studio, after years of honing in their vision, the band have blossomed into a genre-bending collective. Having drawn eclectic influence from the likes of indie anthems, to old school hip hop, it has become apparent the band have crafted a truly unique identity.
After hopping onto the Birmingham scene in December of 2018, Outline have since gone onto to sell out the beloved Sunflower Lounge on multiple occasions and headline a date in the “Discover Birmingham 2020” series. In addition to this they have also gained recognition from, and opened for, the likes of “Only The Poets”, “Only Sun’ and “SPINN”.
Keen to follow in the footsteps of UK indie-pop heroes such as “The 1975”, “Easy Life” and “Rex Orange County”, the group are working tirelessly to leave their mark on modern music culture.”

Lower Loveday consist of four musicians from the Heart of England with a wide range of influences from the likes of Arctic Monkeys, Blondie, The 1975 and U2. By creating an original brand of Indie Pop and combining this with a Rock n Roll edge, Lower Loveday have managed to find a unique formula of catchy pop choruses mixed with punchy basslines and muscular riffs. They’ve received plays on BBC Radio 6 Music on Tom Robinson’s BBC Introducing Mixtape with their last release and the demo of their latest release ‘Chains’ received national TV play on ITV.
Lower Loveday have supported the likes of Only The Poets on their UK tour, APRE and Airways and performed at multiple festivals through BBC Introducing which has helped them cement a loyal fan base all around the UK. Andy O’Hare from BBC Introducing called them ‘The standout performers at Lakefest 2018, they blew me and the rest of the crowd away!’.

Cotter is the moniker and musical outlet of Birmingham born singer songwriter Tom Cotter. With an honest approach to songwriting, Cotter’s songs are soaked in emotion. His music will fill you with feelings of love, loss, and hope, whilst carrying a small amount of millennial anguish. Usually accompanied on guitar, his playing perfectly partners a soulful voice. Described as one of the premier acoustic artists of his hometown, he is certainly one to watch.