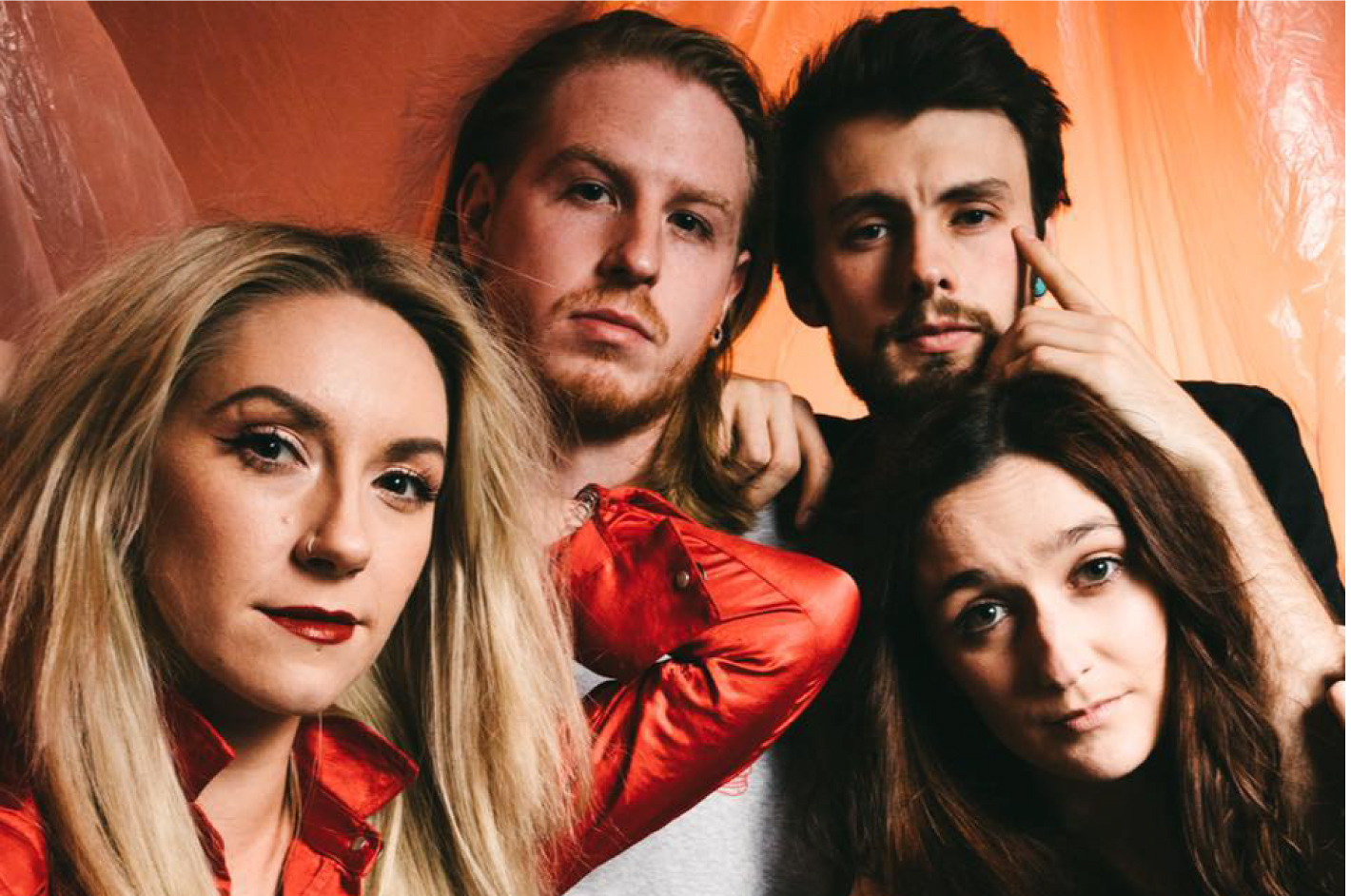 Scarlet are a four piece, female led Grunge/Pop Alt/Rock band hailing from the Northwest of England.

In 2020 Scarlet released their single ‘Friends’. The song and music video are dedicated to the NHS, the frontline heroes and everyone feeling alone in isolation during the Covid-19 pandemic to spread a message of hope and positivity. Support flooded in from some amazing companies/people/bands that wanted to show solidarity with Scarlet for the NHS, music fans and lovers. The song has received 15K+ plays on Spotify alone since April 2020 and was played on BBC Introducing in Merseyside, Amazing Radio, The Premium Blend Radio Show and more.

Scarlet are continuing to promote their single and music video throughout lockdown in a DIY fashion using email and social media as well as continuing to live stream shows through various supportive platforms such as Sofathon Sing along in support of the music venue trust, Jägermeister and many more.

They are currently preparing for the release of their next single ‘Bring Me Down’ in October 2020.

2020 has (for obvious reasons) been quiet gig wise, but in 2019 Scarlet were snowballing success, securing a slot to play Zandari Festa in South Korea through Kycker Music and Liverpool Sound city, and played many more gigs and festivals including; Kendal Calling, Hanwell Hootie, Lee stock, The Great Escape, Cotton Clouds festival, Sound City Festival and more, as well as playing shows with Jack Rocks.

Their last two tours saw a majority of sell out shows, selling out venues in Nottingham, Manchester, Newcastle, Sheffield, and Liverpool, and they are hoping that the next tour will see more of the same.

They are maintaining a steadily growing organic fan base with continuous support from north west music scene fanatics, as well as branching out and gaining support from with their tracks Tracks ‘Bones’, ‘Your Control’ and ’Anyway’ being played on BBC Introducing, BBC Radio 6 Music, XS Manchester, Radio 1, Radio 2.