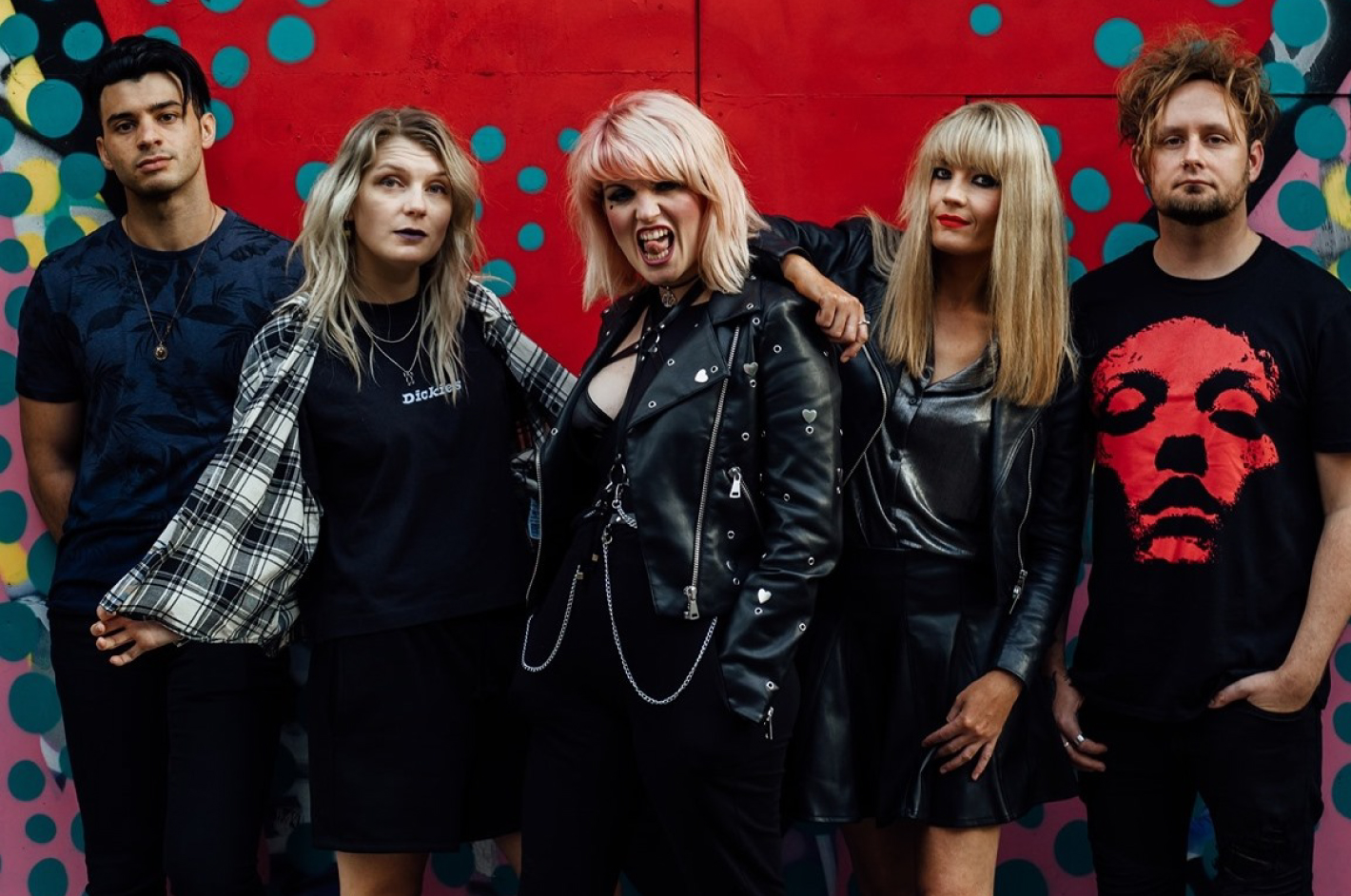 
Having exploded onto the scene in 2017, Salvation Jayne have carved themselves a reputation for their white-hot, hook-laden explosive fuzzy riffs and glossy dream pop undertones.

After relentlessly touring around the UK from 2017-19, Salvation Jayne added to their record of Sold Out shows with a large headline show at The Quarterhouse in Folkestone in October 2019, adding to their vast number of past support slots with bands including Milk Teeth, St Agnes and Rews.

Catch Salvation Jayne at one of their live dates and see a band who encompass the huge desert style riffs of QOTSA, with Pvris’s electronica pop hooks – all combining with Chess Smith’s voice which is akin to the raw edge of PJ Harvey and the soulful power of Yonaka’s Theresa Jarvis, with lyrics that are fiercely impassioned and evocative.

The bands most recent singles ‘Jayne Doe’ and ‘Cortez’ have received support from the likes of BBC Introducing, Kerrang Radio, Amazing Radio and dozens more stations in the UK and abroad. On the back of this attention, the band recently recorded a live session produced by the world famous Sylvia Massy (Prince, Seal, Aerosmith, Tool, System Of A Down, Johnny Cash, Red Hot Chilli Peppers, Smashing Pumpkins and Tom Petty), Rick Rubin’s engineer. The session has been beautifully recorded in the format of a mini documentary film including live recordings of their new material.

Support for the band includes Abbie McCarthy, BBC Kent Introducing who described their previous single as “Riffy and Anthemic,” BBC Kent Introducing, Elise Cobain at Amazing Radio, Johnny Doom at Kerrang Radio, Wyatt Wendells at Planet Rock. Total Rock Radio and many more. The band have been interviewed and performed on Boogaloo Radio, and were Louder UK’s Track of the week, garnering more votes than the likes of Iggy Pop and Starcrawler.