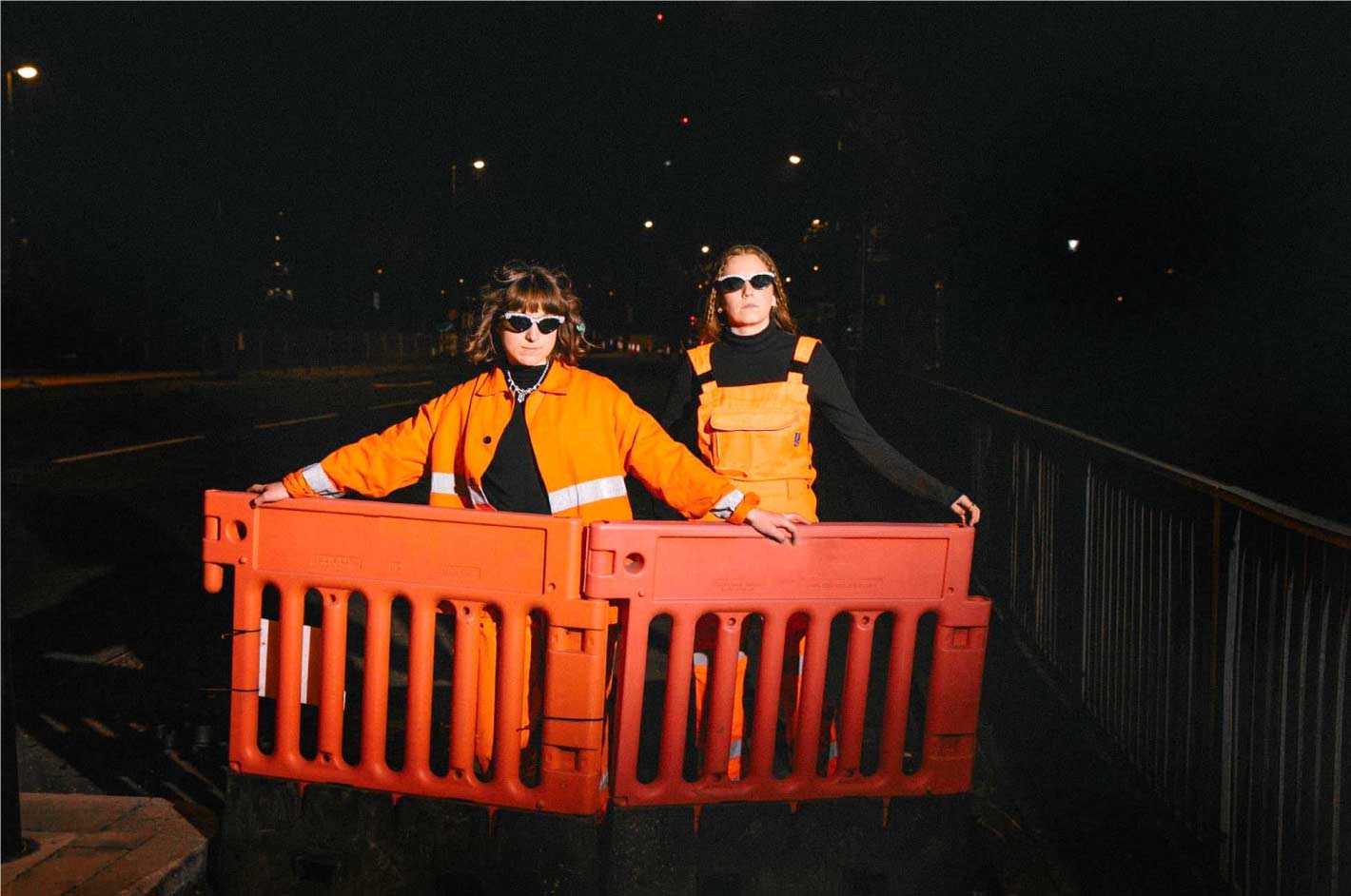 Prima Queen’s love story is one which cinema could only aspire to. An instant connection that was nearly missed. A divide of 4,000 miles and an Atlantic Ocean. An almost-marriage. A tour supporting The Big Moon, Dream Wife and Wet Leg, and six-figure streams. The magic of their ethereal, guitar-driven sound is built not on romantic love, but something immeasurably stronger: female friendship. Louise Macphail and Kristin McFadden almost didn’t meet at all. Kristin travelled from her native Chicago to join the same course as Louise last minute in London, and as soon as she saw her perform in front of the class, Louise as good as musically proposed to her right there and then: “Will you be in my band?” After sparking a friendship with Juliette “Jules” Jackson and Fern Ford of Mercury Prize shortlisters, The Big Moon on tour, the pair volunteered to assist Prima Queen on the production of singles “Chew My Cheeks” and “Invisible Hand”, encouraging them to elevate their sound to new emotional and musical heights through experimentation. For Prima Queen, it’s these moments of shared intimacy in their music, entrusting closely guarded feelings, that creates a togetherness they love to feel with their audience: “Our songs mean so much to us, and it’s the best feeling in the whole world to see someone really belting out our lyrics at a show.” Resonance, above all else, is what Kristin and Louise are striving for.