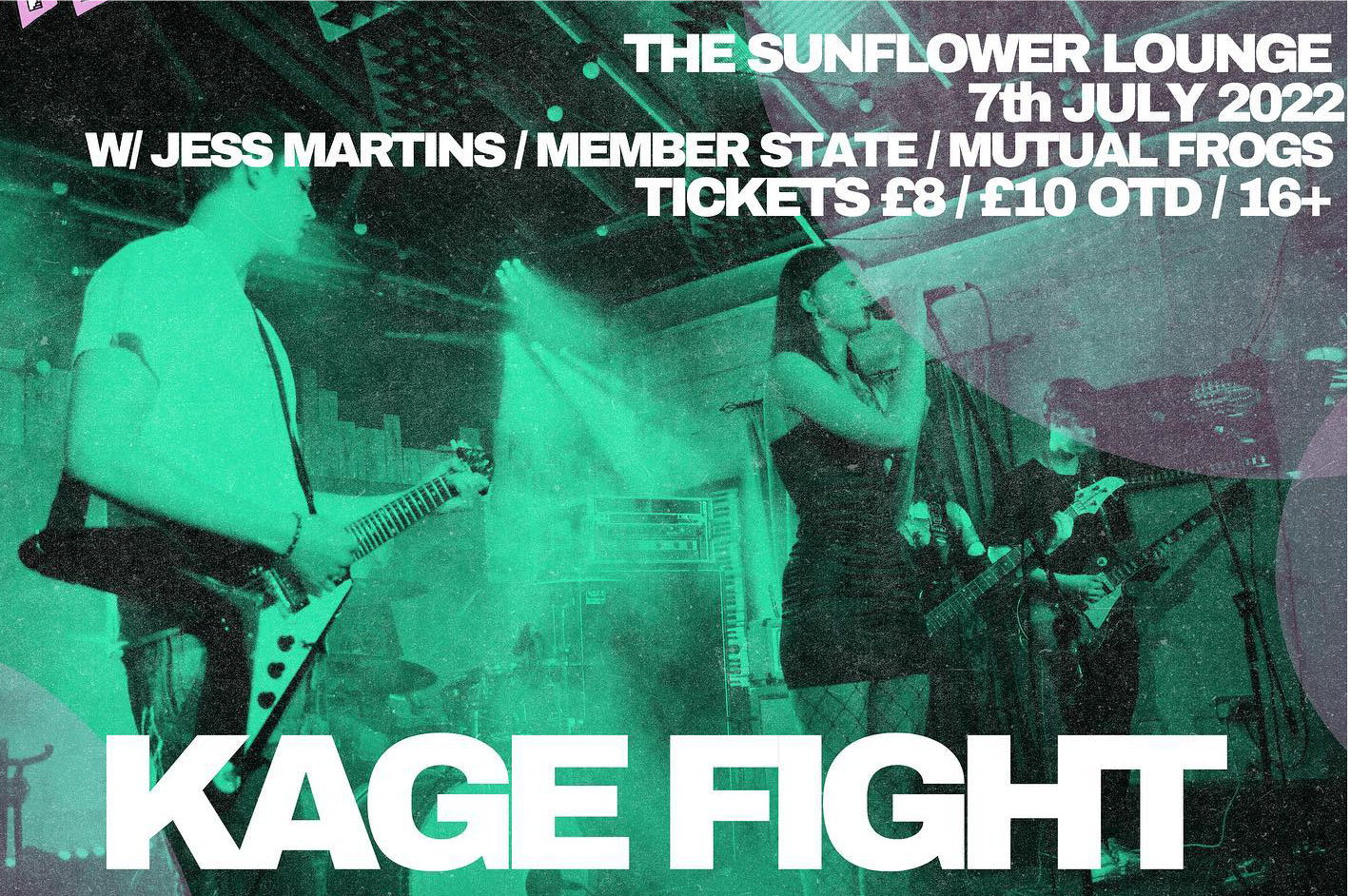 Kagefight. We are a new, upcoming punk/rock band based in, and around the West Midlands, we perform originals as well as covers and are influenced by a variety of bands such as: the smashing pumpkins, foo fighters, rage against the machine, nirvana, the Sundays, echobelly etc…, and hope to create a new sound of punk rock music that is unique and new to its own.

Mutual Frogs. A band from Selly Oak, Mutual Frogs have been playing music together for nearly 3 years. The exact story ofhow they formed is a confusing tale involving a Chinese takeaway, an unlocked phone, and alcohol. When asked what style of music they play, the best answer they can come up with is somewhere around “chill-ish blues-ish indie rock?” but they hope you like it.