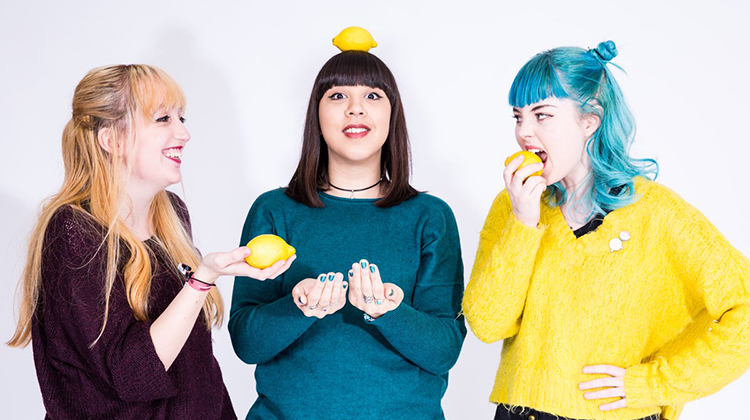 Three piece indie-pop band Peaness formed in Chester, England in late 2014. Their debut EP No Fun was released Aug 20th 2015 and the trio have gigged extensively up and down the country over the last couple of years, winning “the hearts of unsuspecting listeners across the length and breadth of the DIY scene, right through to BBC Radio 1’s Huw Stephens“.
They have been featured on local BBC Introducing shows Wales and Merseyside, BBC 6 Music and more recently BBC Radio 1 with ‘Oh George’.
Peaness recently released the double AA single ‘Same Place / Seafoam Islands’ via Odd Box Records and have just signed to renowned label Alcopop! for the release a new EP entitled Are You Sure, which is due later this year.