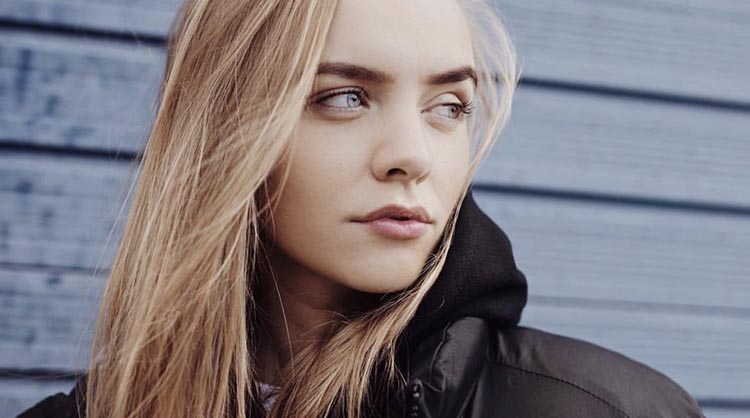 Isla Wolfe is an unsigned artist, writer and producer based in Birmingham, United Kingdom. Growing up in family of musicians, Isla spent her younger years immersed in the live music industry and this inspired her to start singing and teaching herself to play every instrument she could get her hands on. Influenced mainly by neo soul, R&B, trap and hip-hop, Isla is producing, writing, recording and engineering her own music completely independently.

Robyn Gordon is a 22 year old artist from Birmingham whose thought provoking lyrics and soulful delivery come with the assured self-belief and deep emotional intelligence of someone to whom it never even occurred to listen to the Top 40 for inspiration. After releasing her debut single in August, Robyn is back with her next single ‘Breathe’ which is out on November 29th on all major platforms

Eliza May is a singer/songwriter from Birmingham and Popular Music graduate from Falmouth University. She takes inspiration from artists such as Corinne Bailey Rae, Tori Kelly, Skinny Living and Frank Turner giving her music a punchy indie pop feel. As an upcoming artist, Eliza has released three singles on Spotify and an EP called Inner Damage on Soundcloud. Eliza also went on her first UK tour in April 2017, played at Brighton Pride 2018 and when she’s not gigging can be found in various locations busking around the country. Eliza has recently released her latest EP “The Fall” which is available on all online music platforms, featuring her popular song “I Plead”.

Lauren Hoyle is a singer-songwriter from Birmingham. Previously a one woman band, her debut single ‘Paramita’ delivers a full band bold and lively sound with gorgeous harmonies and catchy choruses. Lauren passionately tells raw and personal stories of friends, love and people she has met along the way. Her heartfelt live performances are energetic, enthralling and charming.

West Midlands based singer/songwriter Ellisha Green combines heartfelt lyrics with delicate accompaniment to create a fusion of pop, folk and jazz. She released her debut EP ‘Platforms’ in November 2016, receiving excellent reviews from Slap Magazine and iTunes. She has been featured regularly on BBC Introducing and Brum Radio as well as performing live on Black Country Radio. Small in stature but big in voice, this young performer has travelled across the UK supporting international artists and has appeared at various festivals including Nozstock and Mello Festival. She was awarded Wyre Forest Young Musician of the Year in 2016 along with Best Composition and Best Singer as part of Bewdley Youth Festival. She is currently studying a music degree in Birmingham and is also preparing to release new music in the coming year.