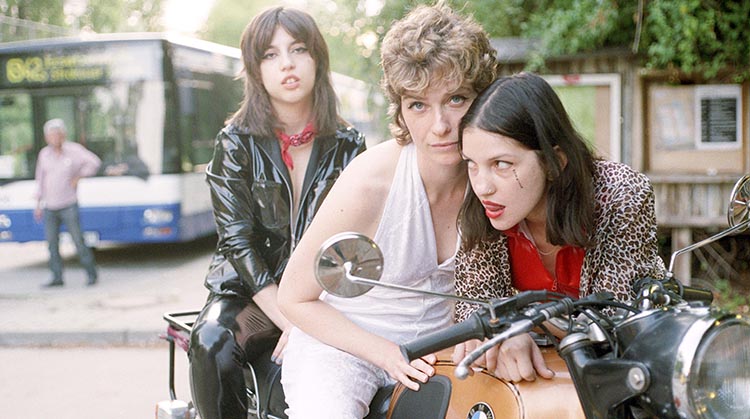 Jealous is a new band based in Berlin just about to release their debut EP “What’s Your Damage” on their own independent label, Baby Satan Records.

Inspired by 70s Glam-Rock and Post Punk, Garage and Country,  their EP features songs about serial killers, strange drug experiences, the weather, and a need to not be sorry for being human and flawed.

Their sound is loud, messy and full of fuzz.

Watch the official music video for ‘Sharp Bones/Broken Claws’ below:

Mutes specialise in a particular type of ravenous, ruinous and messy krautrock, unfurling layer upon layer of grungy post-punk with a gloriously headache-inducing intensity’- Birmingham Wire.

Watch the official music video for ‘Overfed’ below: 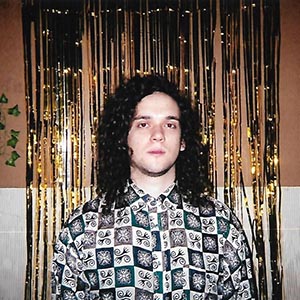 VEDA is the goth-pop project created by multi-instrumentalist Dominic Antonio Sepúlveda. The Birmingham, UK, based artist has supported groups such as Fufanu, White Fang and Art School Girlfriend. VEDA’s sound is a lustrous blend of casiotone keyboards, jangly guitars, lo-fi drum machines and earnest vocals, taking influence from the post-industrial landscape of Birmingham, while also importing DIY culture from across the Atlantic. 2018 saw VEDA tour the UK and EU extensively, with debut shows in Paris and Luxembourg City.

With a brand new EP ‘Sweetheart’ released April 1st this year via Brooklyn based Lo-fi pop label Birthdiy and a string of live dates booked, 2019 will be remembered for generations to come as the year of GOTH BOII.

“Dominic Antonio Sepúlveda is a little genius, on the one hand he can play a dozen instruments, on the other hand he writes very nice songs as VEDA.” – We Love That Sound (Berlin, Germany)

“A song that I want to play all day long and sing at the top of my lungs to my sweetheart, because he really does have it all.” – Left Bank Magazine (Brooklyn, NY)

“If you’re a fan of Tame Impala, WAVVES, or Washed Out, you’ll definitely want to check out VEDA.” – Richer Unsigned (UK) 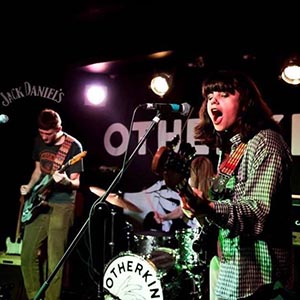 Exhailers is a three-headed apeoid gestating in the cosmic womb; an art-rock experiment from the Midlands of nowhere; a spangled conglomerate of puss and goo dancing through the Void.

It exudes glistening melodies, lurching riffs and laments to being lost in space. Brandon Robinson’s guitar work creates heavy walls of fuzz, phasing seas that float, and solos of sporadic exuberance. Gliding atop this, Liv Barlow’s vocals undulate between indifference and reverence. Underneath, Fred Ensor’s drums provide a spasmodic heartbeat of accented rhythms and erratic flourishes.
Having jammed with each other in some form or another since in year seven, some nine years ago, Exhailer’s work is deeply rooted in their close friendship and their need to express themselves authentically. Their sound was forged in a million escaped school lunch-times, spent hiding in the music rooms, immersing themselves in vast and varied inspirations; from the neo-psychedelia of Wand, Pond and Post-animal, to the doom of the Melvins, the crunch of Queens of the Stone Age and the edged alt-rock of Pixies and the Wytches.

Independent and strictly DIY, the trio do everything – writing, recording, mixing, mastering, releasing – themselves. After a long period of preparation and planning, they are ready to excrete all their angular treats, to regurgitate a soup of psychedelia, and vomit their bilious fuzz-rock sludge.