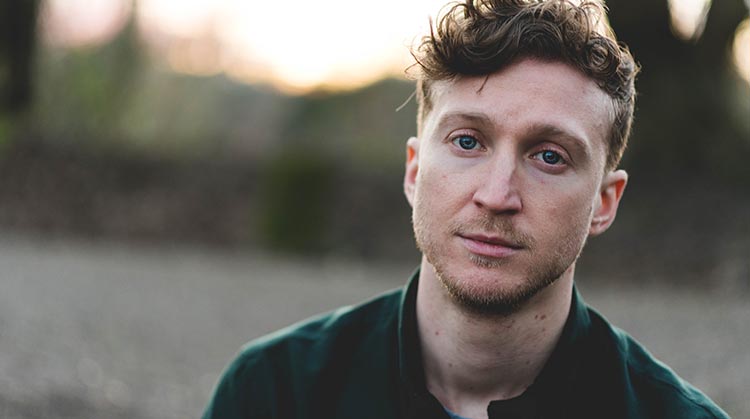 The term ‘unique talent’ is banded around in musical circles, often too freely. While it is best advised to avoid clichés, unique is the optimum word when describing Ed Geater.

After taking time out to write and record a host of new material, Ed is back – announcing his first headline show in Birmingham, for two years.

Ed added: “Nothing beats the feeling of playing headline shows in my home town. I’ve been lucky enough to experience this a number of times and I can’t wait for this one, especially as I’ll be dropping new material. The Sunflower Lounge is one of my favourite venues in Brum, it’s gonna be big.”

A hip-hop infused pop jam featuring acclaimed West Midlands MC, VITAL. The introspective song discusses the importance of finding yourself by looking within for peace and self worth, rather than directing your attention outwardly – with the infectious chorus hook chanting ‘one of these days you’ll get home’.

With Ed keen to champion rap talent from his home city, as with his collaboration with Birmingham’s Lady Sanity in ‘Found a Place’, VITAL comes roaring out the traps with his pointed verse – exclaiming how ‘many affiliates with the wickedest of ways’ will not hold him back from his quest to the top.

You can watch the video for the single: HERE

“This track means so much to me, as it draws from a personal journey I’ve undergone since my last solo efforts. The concept of finding yourself, finding “home” within by doing inner psychological work, rather than pointing the finger and blaming others for your pain. This is something I had been aware of but never truly understood the weight of until I practiced it myself.

“Four Sides and a Pointed Top is born from this experience, and Vital expanded it by putting a new angle on the concept with his verse, being no stranger to self work. ”

The single is the taken from IN, the new EP out 1st November, followed by a headline show at Birmingham’s Sunflower Lounge on 29th November – with support from T8pes and Nath Brooks.

Watch the official music video for ‘Four Sides and a Pointed Top’ below: 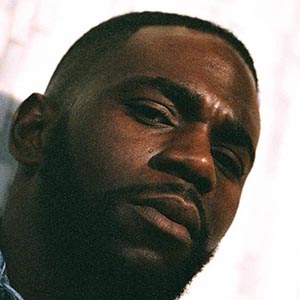 Hailing from Bristol, Javeon carved his early career via the dance scene featuring on multiple tracks including: Julio Bashmore’s ‘Father Father’; Le Youth’s ‘Feel Your Love’; and Cyril Hahn’s ‘Breaking’ as well as releasing his solo material on PMR Records in 2011. Early releases included catchy ‘Intoxicated’ also notably Zane Lowe’s Hottest Record In The World and emotive ‘Lovesong’ which took centre stage in Mistajam’s Inbox Fresh and rated 4/5 by Idris Elba and Groove Armada. More recently, J became the first signing to industry legend, Fraser T Smith’s, publishing company Seventy Hertz. Since then he has been highly sought after to co-write/feature with several exciting emerging UK, European and Canadian artists including: Tory Lanez; Clean Bandit; 5AM; Janice; DJ Zinc; Jamie Isaac and Saya. His songwriting has also made waves across the pond as Tory Lanez included ‘To D.R.E.A.M’, a Javeon co-write, in his tracklist for album ‘I Told You’ (2016). In last years ‘Control’ (December 2016) displayed the movement from his early releases into a conjure of authentic, soulful, dark electronic tones that continue to infiltrate the current music scene. Having established himself as a credible artist and songwriter, J’s next official release ‘Clockwork’ EP witnesses the fruits of a long-standing relationship with producer, Zack The Lad and GRM daily favourite Carns Hill.

Watch the official music video for ‘Lovesong’ below: 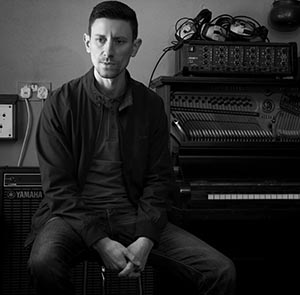 “There are certain people who have inspired and influenced me as an artist and Jimmy Davis (T8PES) is one of them. A great songwriter, lyricist and performer who writes deeply personal songs and confronts important issues through his music” – Ed Sheeran

Scotch, TDK, AGFA, Panasonic and Goldstar cases with stickers and biro writing. A brown spool of tape which contained 45 minutes of music each side. A DJ set from here, or there, or nowhere. Euphoria was a weekly occurrence for anyone that wanted it. You did not have to be rich, you did not have to be famous, you just had to be there. That world has gone. Those tapes are in landfill, gone up in smoke, in garages or in glove compartments. Those tapes don’t even work on modern musical equipment. I mean, who wants to listen to rave music on your nan’s hifi?

Today’s T8PES are a new musical outfit that have captured the golden days of clubbing, raves and garage skanks, injecting it with a more modern, grime influenced feel. Debut single Flashback, released 12 months ago, managed to distill an entire decade into 3 glorious minutes.

The driving force behind the project is Birmingham’s word wizard Jimmy Davis. Regularly referred to as a local legend by the city’s music community, Jimmy has a rich musical CV that includes being a 3 time performer at Glastonbury festival, sets at Secret Garden Party, Barn on the Farm and iTunes festivals, as well as extensive tours across the UK, Ireland and Europe.

T8PES is not one person. T8PES is the kid whose parents divorced before he started primary school, the drug addict on a mission to self destruct, and the struggling single mum pissed off with the system and the people in charge. T8PES is the raver who let you sniff his poppers, the teenager who pushed a flyer in your hand, the football fan who would have fought you years before but hugged you on the dancefloor instead. T8PES is that clubber who turned the taps on in the toilets after the club owner turned them off. T8PES is the pill romance that wrecked the relationship you were in. T8PES is you, T8PES is me, T8PES was there when you didn’t even realise you were.

Watch the official music video for ‘HOPE & PRAY’ below: 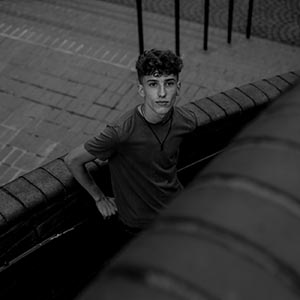 Nath Brooks may only be 18 years of age, but this UK singer/songwriter from Tamworth has already started to build a buzz, both online and on the live scene. Having been brought up on rock and blues, before venturing out to Pop and RnB, Nath’s inspirations are widespread, helping sculpt his unique bluesy tone and pop/soul vibes.